The decrease in prices of electric skateboards over the past 5 years has made the sport more accessible to younger riders. We've seen University ESK8 Clubs springing up around the country and many eager new faces at group rides. However, college is still far out on the horizon for the youngest ESK8 riders that are starting to ride as young as 6 years old.

Thanks for chatting with us Patrick! Can you give us a little background about yourself and where you are from?

Sure, I am originally from California but I have been residing in Atlanta for several years. After graduating college I became very interested in helping to empower the next generation. I was very interested in mentoring which eventually led to becoming a speaker and author. Over the course of my career I have had the opportunity to speak at primary schools, colleges and various organizations throughout the states. I’ve always been interested in content creation which has led me to publish thirteen books. Recently, I have had a lot of fun creating content on YouTube including PEV reviews, podcast episodes and more.

When did you get into riding PEV's? (Personal Electric Vehicles)

Which electric skateboard did you get for Jam first?

The first PEV that Jam received was a WOWGO 2S due to its affordability. At the time, I wanted to get something that did not break the bank because I did not know whether or not we would enjoy the sport. Since our first boards, we have had the chance to ride boards from many different brands including: Backfire Boards, Hoyt St., Lacroix, Meepo Boards, Kaly.NYC, Onsra and many more. In addition to ESK8, Jam and I have also started riding electric unicycles, electric scooters and electric bikes.

How old was Jam when he started riding?

Jam was six years old the first time I allowed him to ride my electric skateboard. At first I was hesitant because he was more accustomed to regular boards, but he picked up riding electric skateboards really quickly. We then started riding together on secluded trails that were safe for him to learn. As we both got better at riding, we started exploring more rigorous locations until we were able to start riding with the local community. Jam now shreds with me all through Atlanta on group rides and it has been really crazy to see his progression. He is obsessed with group rides, especially night rides thanks to ShredLights, so I guess you guys deserve some of the blame/credit. LOL.

As a parent, what safety concerns did you have before getting Jam a board? How do you deal with those concerns?

Oh yeah, there were many safety concerns at the beginning. Electric skateboarding can be more dangerous than riding a regular skateboard. Injuries from falling can be more severe and riding near other vehicles and pedestrians can be dangerous, especially during group rides. There are several things that we incorporate into our rides to make them safer. Jam and I wear protective gear such as helmets, knee pads, elbows pads and wrist guards. We have also recently started wearing protective jackets with armor built in because of the level of aggression we now ride with. In addition to protective gear, ShredLights play an important role in our safety arsenal. In addition to using our Night Ops Pack in the dark, we often have our lights turned on during the day in flash settings to make us more visible to other riders, pedestrians and cars. The lights are particularly helpful during street group rides.

"ShredLights play an important role in our safety arsenal...we often have our lights turned on during the day in flash settings to make us more visible to other riders, pedestrians and cars" 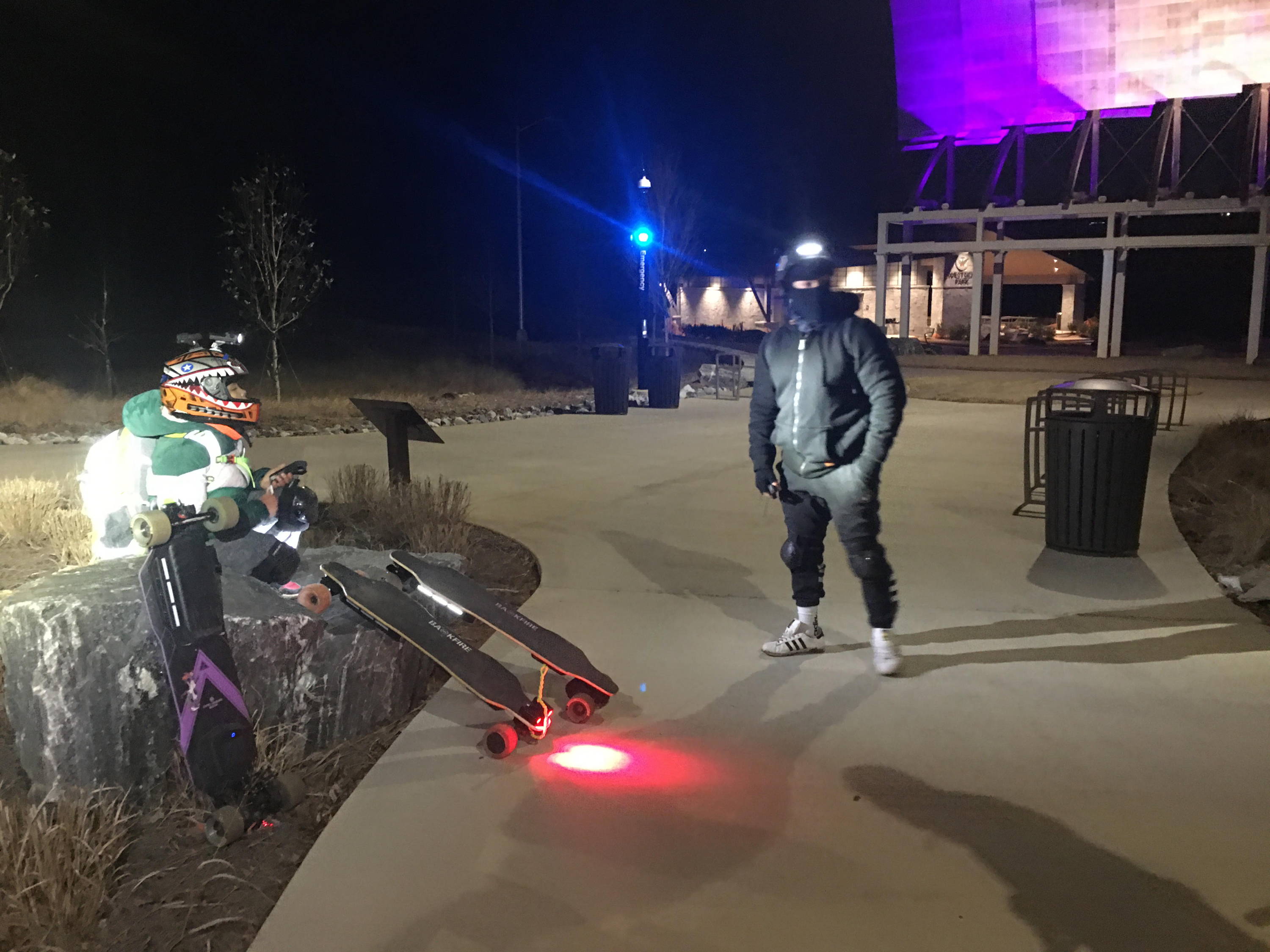 Where do you and Jam ride together?

Jam and I ride in a variety of locations. We often ride on the Atlanta Beltline, but we also ride throughout the city of Atlanta and on group rides. Honestly we ride as much as we can, we use our electric skateboards and EUC’s (Electric Unicycles) to ride to baseball practice, local events and to avoid parking fees. LOL.

Do you ride with any other families?

This is an interesting question, I am not aware of other families that ride in the Atlanta area. However, I have been contacted by many riders on social media informing me that our videos have inspired them to ride with their children. I often get inquiries about Jam’s age, recommendations on best boards for children and recommendations for protective gear. It has been an amazing process and journey. Riding PEV’s has allowed us to join a community that we didn't know existed. ESK8 has also allowed us to form relationships with people in other states and even other countries. 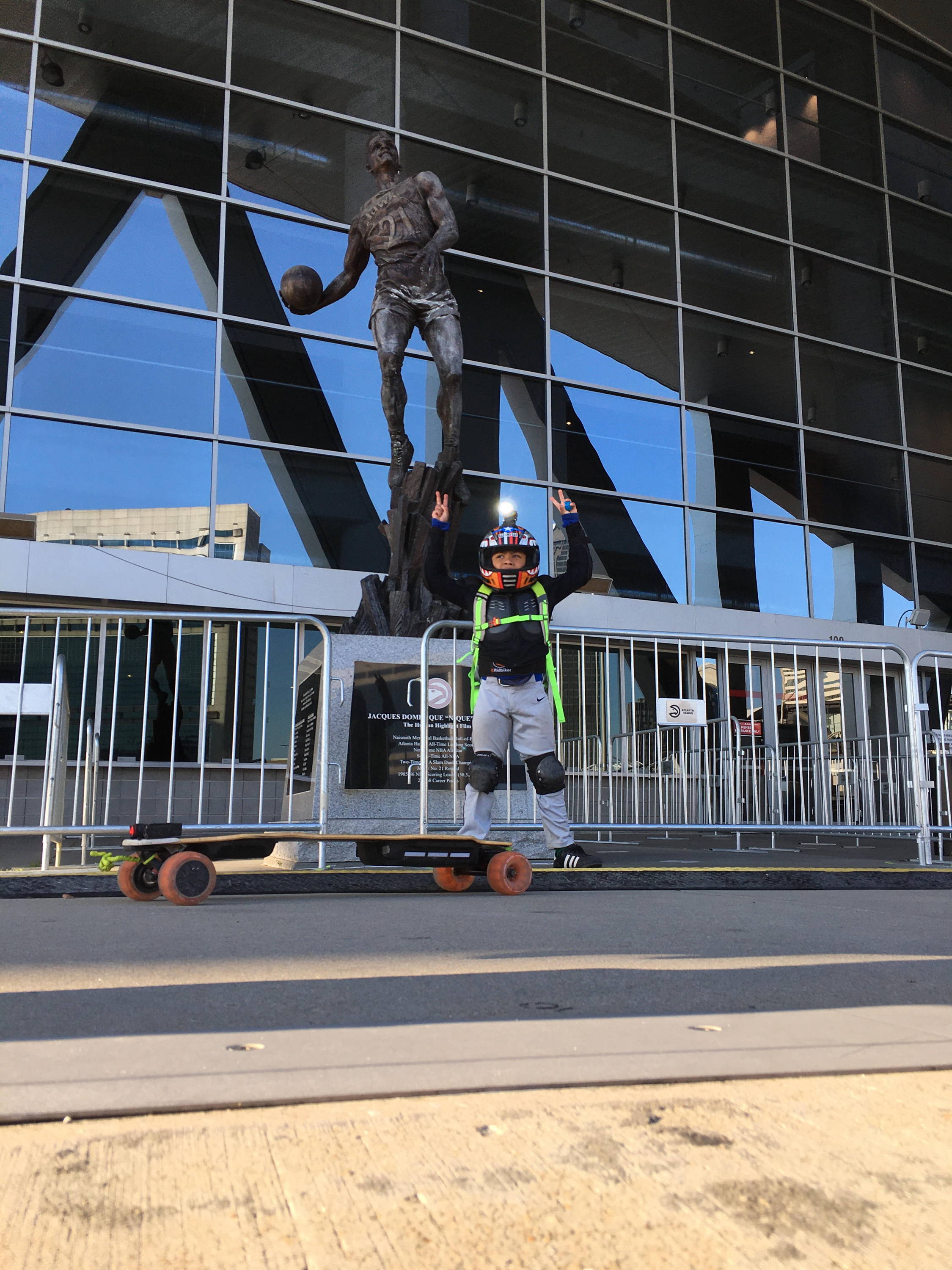 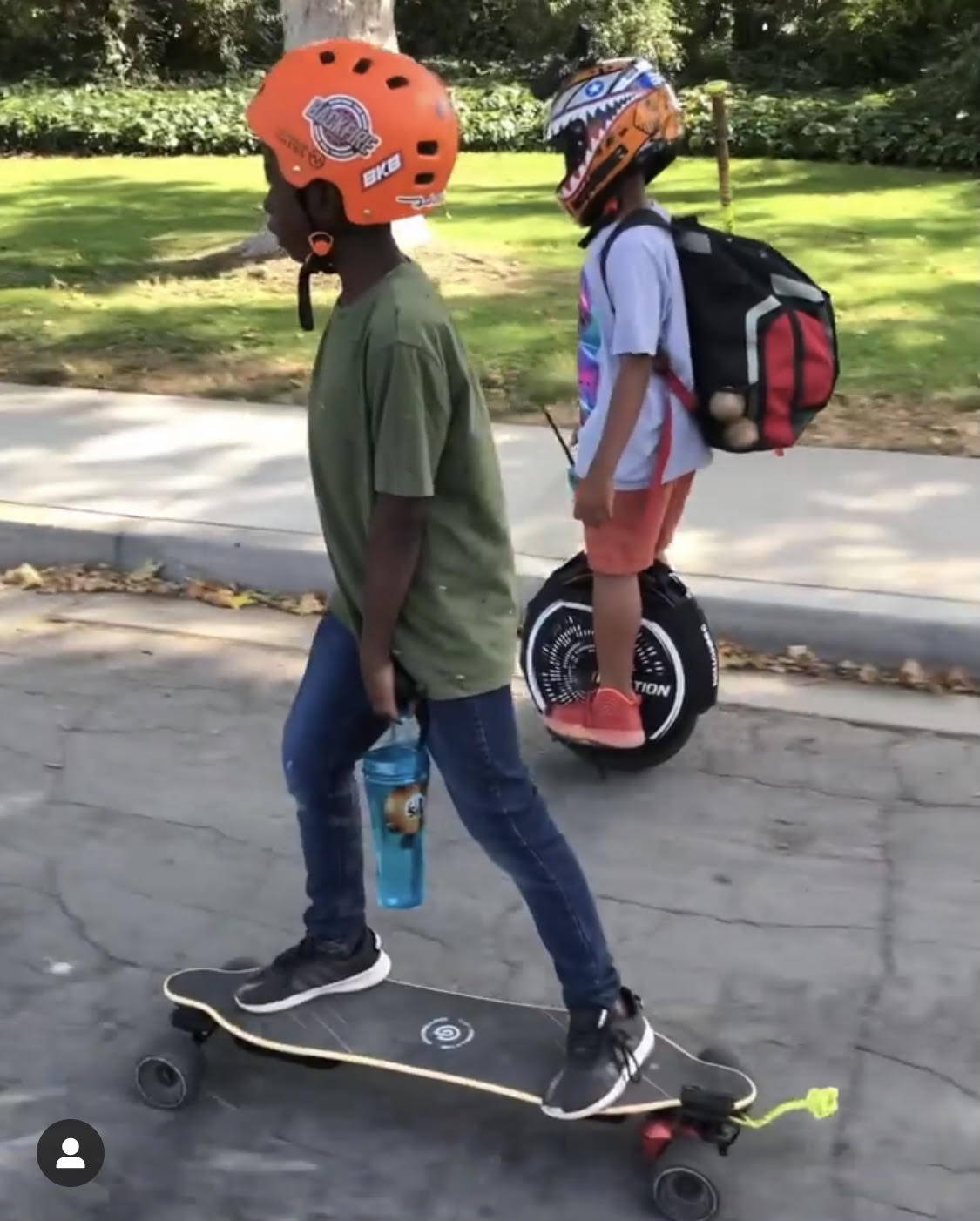 Do you have any tips or advice for other parents?

Yes, if you are considering purchasing a PEV for your child so you can ride as a family, then I say do it. I would take time to make sure the learning process is fun and safe. Here are a 5 suggestions that may help: 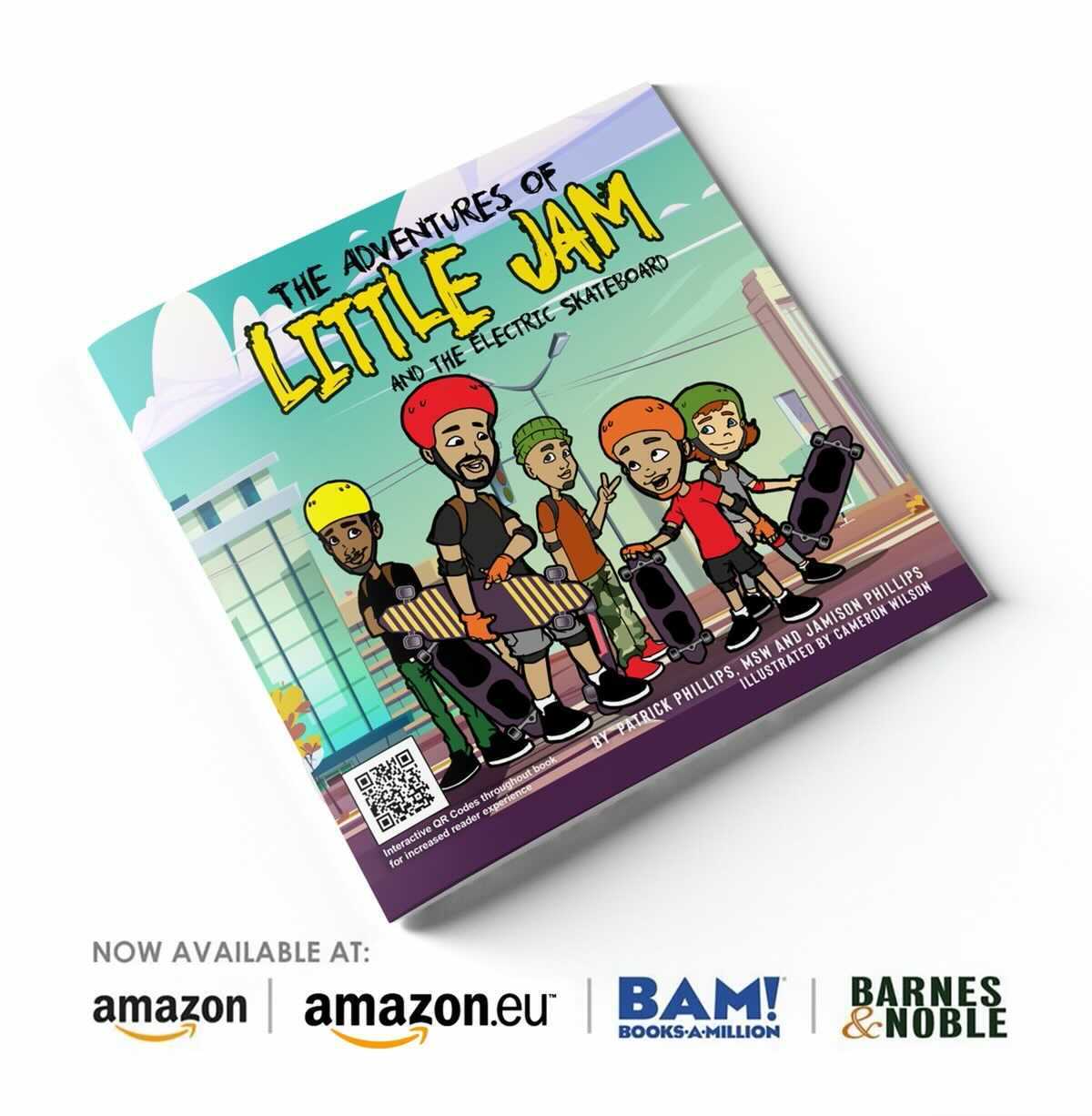